East Africa: Spate of New Investments in East Africa’s Solar Energy By Scola Kamau Every day, at her stall where she makes and sells French fries in Kawangware, a low-income estate west of Nairobi, Jane Mmbone charges her solar panel using the sun’s rays. The panel is connected to a battery which transmits energy to[…] 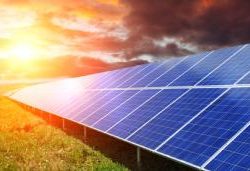 By David Smith Tuesday, Oct 6 2015 Mubuga, Burundi — As violence erupts in the capital, plans for the country’s first major solar plant bring hope to thousands whose lives will be transformed by electricity. When entrepreneurs and government ministers signed a deal for the first major solar power plant in Burundi, the future[…]