Howie Rodenstein, based in Boston, served for the past 15 years as CFO of Adheris Inc. a pharmaceutical information services company that he grew from a start-up to its sale for $100 million to inVentiv Health. He earned an MBA with Distinction (Baker Scholar) from Harvard Business School and a BA in Economics from Brandeis University. Howie founded and still chairs an annual charity bike ride that has attracted over a thousand riders and raised over $2.5 million for environmental NGO’s over the past nine years.

Weldon Turner was formerly the Director of International Equity Sales/Trading at Credit Suisse in New York, and has been a senior product manager at RCS Solar, a leading supplier of solar power plants in Europe and Africa. From 1994 to 1999, and from 1985 to 1992 he was a V.P. of Equity Sales/Trading at Salomon Brothers in New York. Turner  has been on the Board of Advisors of Thorium Power Company and Portofino Equity Advisors. He has extensive experience in growing new companies; he managed GoldNames from 1999-2000, a domain name internet company, from inception to an organization with over 50 employees. He holds a BA in History and Political Science from Union College, NY, received his JD law degree from Benjamin N. Cardozo School of Law, and his LLM from Thomas Jefferson Law School.

Josef Abramowitz is a human rights activist, educator and entrepreneur. Nominated three times for the Nobel Peace Prize, Abramowitz is recognized as a pioneer of the solar energy industry in half a dozen countries. He was named by CNN as one of the six top global “Green Pioneers” and by PV Tech as one of the world’s most inspiring solar CEOs. His life’s work was featured on CNN’s “The Next List” with Dr. Sanjay Gupta.

Dr. Klein in an energy expert. She has developed gas turbines with ABB in Switzerland and worked with Nuclear Safety for Vattenfall power company in Sweden and designing concentrated solar systems with Aora Solar. She has developed her own patents in concentrated solar technologies (as EZKlein) and has been active as an evaluator for the European Commission for grants regarding energy and environmental Science. She built up her business experience working as a business consultant for Arthur Andersen out of Amsterdam. She holds a MSc in Energy Systems from the Royal Institute of Technology in Stockholm and a PhD in solar energy from the Weizmann Institute of Science. 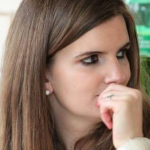 Chana served previously at Slaughter and May as a financing lawyer. During her time at Slaughter and May,Chana has advised on some of the most cutting-edge global energy deals including: Kosmos Energy on the Jubilee Field upstream development and financing, offshore Ghana 2011; Also advised on a US$3 billion refinancing for the project; Egyptian Methanex Methanol Company, the project company, and project sponsors (Methanex Corporation and EGAS) on a pioneering methanol petrochemicals project; AES Meghnaghat on the US$300 million project financing facilities for the Meghnaghat 450mw power station, the first large-scale independent power project in Bangladesh;Egyptian Refinery Company's Mostorod Oil Refinery project, the largest ever project financing in Africa as of 2012, comprising US$2.6 billion in debt and a further US$1.1 billion in equity; AccuGas Limited (a wholly owned subsidiary of Seven Energy International Limited) in relation to a US$ [215] Million Medium Term Multi Currency Project Finance Facilities. Chana earned her degrees from King's College in London. 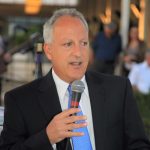 Aryeh has 3 decades of experience working as a business consultant and executive for many publicly-traded companies, including AudioCodes, ECI Telecom, Pfizer, Aladdin and MotoGuzzi, as well as various non-profits and NGOs. He holds masters degrees in business and international relations, and is an expert in Middle Eastern affairs and media issues.  Aryeh is a well-known international speaker and has been a leading advocate and activist for freedom and democracy for two decades. 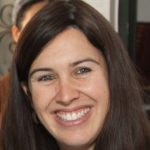 Mandy Efrati, CPA, began her career at Ernst & Young in New York City in 2008. After four years of working in the real estate department, her focus shifted towards working with start-ups and high tech companies. Mandy then started working for KPMG where she continued to service start-ups, including Gigawatt Global. She officially joined the Gigawatt Global team in May of 2015.  Mandy holds a Bachelors in Economics from the University of Maryland, and a Masters in Accountancy from the University of Notre Dame. 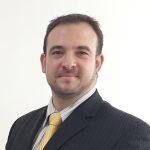 Michael handles finance for both corporate and project finance needs. Michael started his
professional career as an entrepreneur in the construction materials business in NYC, where he founded and operated his company in custom materials servicing high-rise buildings in Manhattan. Deciding to move into the clean technology sector, Michael worked at an insurance company at their renewable energy desk where he dealt with private wealth management, clean technology start-ups, and acquisition/sale of operating solar fields. Michael has been on the front lines of financing a wide range of solar initiatives since 2011, most notably raising the debt and equity for 100 MW of solar PV in the Middle East. Michael holds degrees in Finance and Information Technology, and is currently completing an Executive MBA at Northwestern’s Kellogg School of Management.

David, an entrepreneur and environmental activist, worked for Gigawatt Global in International Business Development prior to shifting his focus to the USA. Previously he founded Alpha Green LLC, a recycling firm in the US, and was Vice President of City Lights Development, an innovative real estate development company with a focus on green construction. He created the U.S. arm of GEANCO, a non-profit organization that raises money to build hospitals and recreation centers in Sub-Saharan Africa. David holds a B.S. in Entrepreneurship and Emerging Enterprises from The Whitman School of Management, Syracuse University. 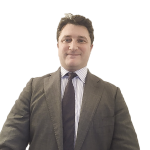 Joel serves as the Managing Director of Nigeria Solar Capital Partners and has been working to spearhead the introduction of large-scale solar facilities in Nigeria. During his time in Nigeria, Joel has worked closely with all of the country’s key constituents, including the NBET, NERC, TCN, and Ministry of Environment. Joel has established links to development banks and financing institutions and specializes in development finance. Joel is a founding partner of Ibex Capital Partners and has had significant experience working and living in West and Central Africa. Prior to founding Ibex Capital Partners, Joel headed the fixed income research team for Sub Saharan Africa at Bloomberg and went on to work at Western Asset Management, as a portfolio analyst on the global fixed income desk that managed $60 billion in sovereign debt. Joel holds a BA (with honors) in History from University College London. 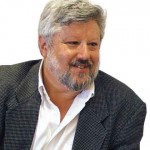 Gershon is the founder of the Israel/Palestine Center for Research and Information (IPCRI) - a joint Israeli-Palestinian public policy think and “do”-tank. He has been awarded the Histadrut Prize for Peace in 1996, the Turkish Foreign Policy Institute Peace Prize in 2004, the Tribute of Honor and Courage from the World Movement for Democracy in 2004 and the Search for Common Ground Journalist Award for Middle East Journalism in 2005 and 2007 as well as the Ordine Della Stella Della Solidarieta Italiana. He holds a Ph.D. in International Affairs from University of Greenwich. 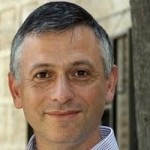 Julian is Vice President and Head of Research at Gigawatt Global. Previously, he worked on the founding team of Alma Eco-cities Ltd, an Eco-city development company founded by clean tech industry leaders, where he still serves as a consultant. He has also consulted to leading solar energy companies including BrightSource Energy. Julian began his career as an economist advising the UK government. He holds a Masters in Public Administration specializing in Environmental and Development Economics from the Kennedy School of Government, Harvard University, and a BA (First Class Honors) in Philosophy, Politics and Economics from Oxford University. 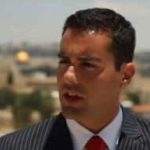 As New Projects Coordinator, Remy seeks out new business clients and manages the pipeline of potential candidates for Gigawatt Global's services. He also serves as the company's representative in its dealings with foreign ministries and governments. Remy is currently working on projects with representatives from Zambia, Ghana, and Senegal, and Botswana. Remy holds Bachelors in Business Computer Informational Systems from the University of Colorado at Boulder and from IDC in Herzliya in Government, Diplomacy and Strategy, specializing in International Affairs. 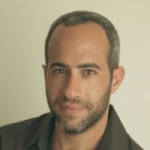 Eran has gained vast experience in engineering management and the coordination of project development. His focus is site identification, geographical constraints, radiation parameters, energy production assessment, design and layout yield optimization and controlling of engineering data flow. Eran oversees land surveying & geotechnical parties preparing the engineering detail for the construction of medium and large scale PV projects and manages EPC & subcontractors during project construction and operational stages. He honed his skills through five years on the engineering team at leading solar companies and holds a practical engineering degree in architecture and various certifications in Green Studies. 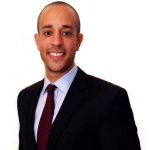 Akiva is a financial analyst for Gigawatt Global. His keen insight and financial modeling expertise are invaluable to the company. Akiva also works the Project Development team at Nigeria Solar Capital Partners and is working on several PV solar projects in countries such as Rwanda, Turkey, Burundi and South Sudan for Gigawatt Global. Prior to joining the renewable energy industry, Akiva worked as a Financial Analyst at a boutique consulting firm in Los Angeles that provides financial and strategic advisory services to large independent film and TV companies in Hollywood. Akiva has a BA in Business Administration and Finance from IDC Herzliya. 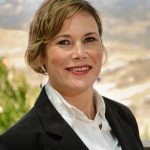 Shoshi has over 20 years of experience working in businesses and nonprofit organizations as solo book keeper. She has also been successfully running her own business teaching teenagers and young adults about accounting and money management for a number of years. Ms. Harari holds a BA in Business Management from Touro College. 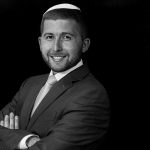 Eli has a wealth of experience working in sales, customer service, and logistics. For several years prior to joining the Gigawatt Global team, Eli worked in the hospitality and restaurant industry. He volunteers in a number of projects, including "Kids of the Night", an outreach program for troubled youth. Eli is completing his B.A. in Business Management & Technology Marketing at the Jerusalem College of Technology.

Patrick Nzitunga began his career working in East Africa with various international companies and NGOs, including Egis international, Doctors without Borders Netherlands, Action Contre la Faim France, and Tuttnauer Israel in Burundi. In 2014, he joined Tevel B'tzedek, an NGO operating in the field of community development. Born and raised in Burundi, Patrick is passionate about sustainable global development. He joined Gigawatt Global in 2015, specifically on the implementation of a 7.5MW solar project in Burundi, but has also been involved in projects in Rwanda, Tanzania, and Uganda. Patrick regularly travels throughout East African Region for business purposes. He has a Bachelors of Business Law from Lake Tanganyika University in Burundi, a certificate of project cycle management and results based management from MSTDC in Tanzania.

Jennifer brings over fifteen years of executive and corporate management experience as well as a BBA in Finance experience to her role as assistant to Josef Abramowitz. With her calm, no-nonsense approach, if it needs to get done, on-time and well, Jennifer is the go-to person.

One thought on “Our Team”