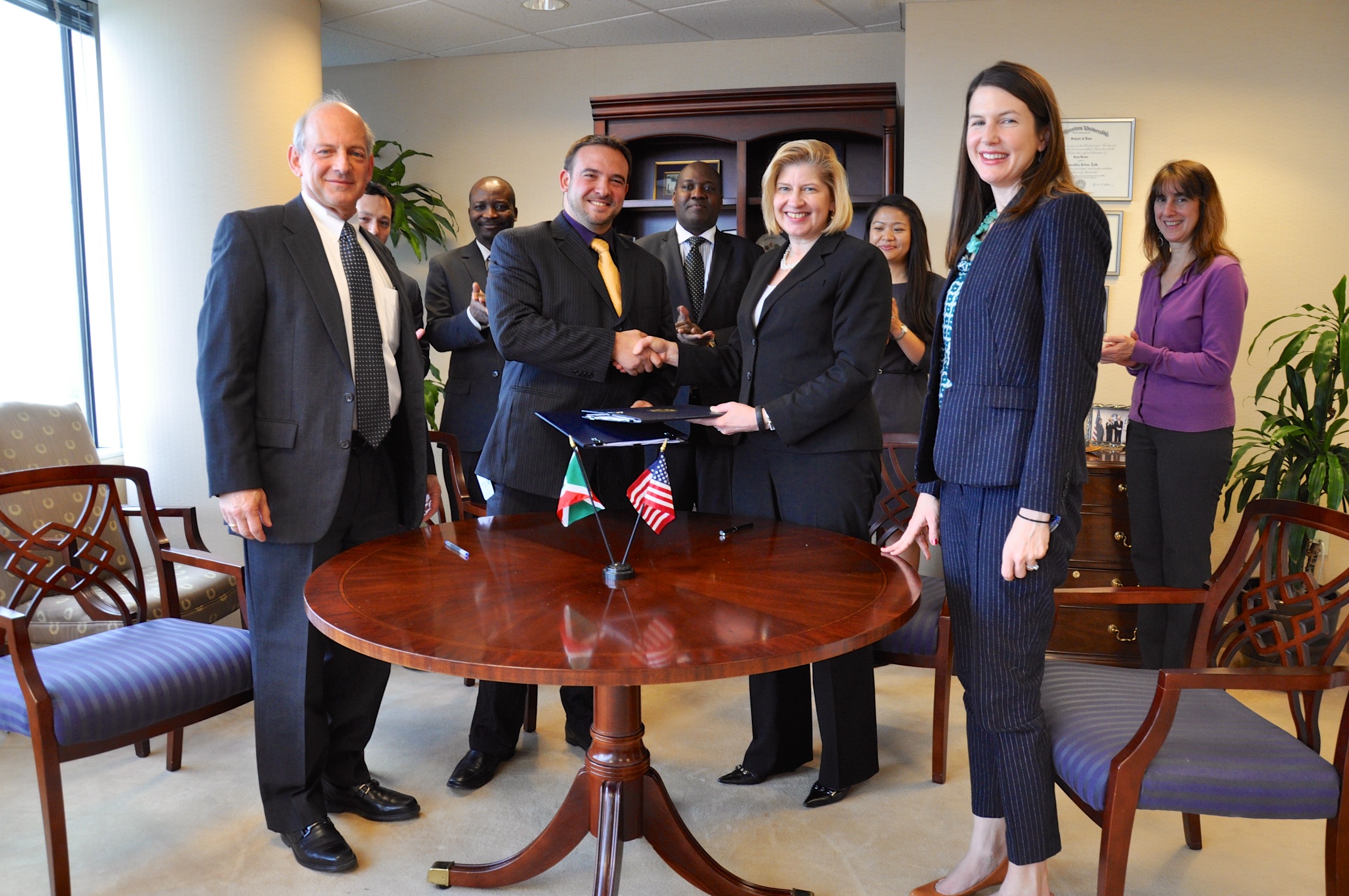 “The $23m project, which adds 8.5MW to the national grid, was developed by Gigawatt Global after Rwanda’s first competitive process for private investment in the energy sector. It was negotiated by those in working as part of the SCBI in the Rwanda Development Board and Rwanda’s Energy Utility. It is situated on land owned by[…]

By Robin Whitlock Gigawatt Global’s utility-scale solar field in Rwanda boost’s the country’s electricity generation capacity by six percent.   Gigawatt Global has officially launched its  $23.7 million  solar energy plant in the East  African country of Rwanda,  which the  company financed, constructed and  interconnected 12 months after the official  signing of the  Power Purchase[…]

February 9th, 2015 by James Ayre The first utility-scale solar energy project in the whole of East Africa — Gigawatt Global’s 8.5 gigawatt (GW) solar project at the Agahozo-Shalom Youth Village — is now online. The completion of the project boosted Rwanda’s total electric grid capacity by ~6%. The project represents the first instance of a utility-scale[…]

By Helen Nyambura-Mwaura […] RWANDA NOW 7 PERCENT SOLAR There is also a movement on the world’s poorest continent towards green alternatives such as geothermal, solar and wind, with some countries using incentives such as decades-long power purchase agreements to entice independent producers. Some are also working on legislation to govern purchases of solar power[…]

BY KELSEY DAYTON Jackson Hole, Wyoming – Ben Scher doesn’t care what Gershon Baskin talks about when he speaks to the junior’s current affairs class and Model United Nations Club at Jackson Hole Community School. “He can do any talk he wants to and I’m looking forward to it,” Scher said. Baskin is a peace[…]

RWAMAGNA, Rwanda April 11, 2014 (AP) By JASON STRAZIUSO Associated Press Most of the kids in a school set amid the lush green, rolling hills of eastern Rwanda don’t identify themselves as Hutu or Tutsi. That’s a positive sign for Rwanda, which is now observing the 20th anniversary of its genocide, a three-month killing spree that, according to the official[…]